Phantom Power : What is it? Understand how to use it properly : Blog - Magroove for Artists

Phantom Power : What is it? Understand how to use it properly

July 24, 2019 • 3 min read
Let me guess: starting a home recording studio, about to buy or just bought an audio interface or condenser mic? Well, we all wondered someday what that “48V” near the mic inputs was. That 48V is short for forty-eight volts. It’s a tension generated by your mixing console or audio interface to power up microphones and other audio equipment. This is what we call phantom power. Despite going through the very same cable as your audio signal, it does not interfere with the sound. Let’s jump to some quick audio theory to explain how it works and what can and can’t be done when we are recording with that “+48v” light on.

In Summary, what is phantom power?

Here is what you need to know before using phantom power:

The main purpose of this phantom energy is to power active circuits, so they can work properly. Not only condenser microphones, in fact every active DI Box needs phantom power to work as well. Neither of those will work without some energy to power up. There are some DI that uses a battery to get this voltage and you can power up condenser mics with batteries as well but let’s keep this subject to another article. In case of a tube microphone, the phantom power is used both for powering the unit and amplifying the sound. 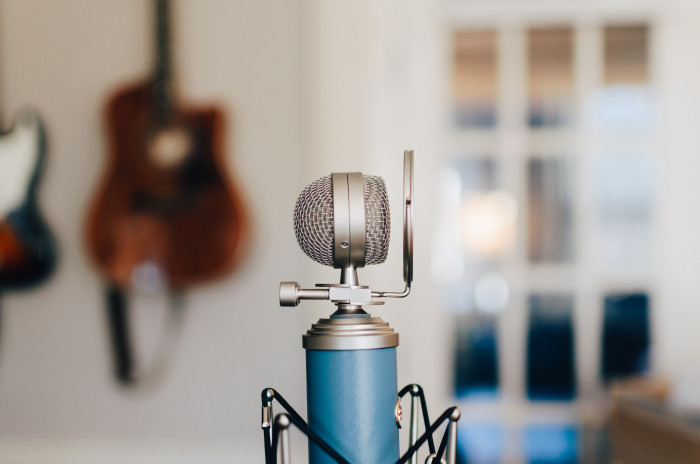 Dynamic microphones don’t need this kind of energy, and they work flawlessly either the phantom power is on or off.

On the other hand, most ribbon mics will be permanently damaged if these 48V flow on their circuits. It is due to their internal transformer – the T-power – that is very sensitive. Be careful! Make sure there’s no unwanted power in your devices before plugging your equipment.

There are two kinds of sources that provide phantom power. The pre-amps – the mixing consoles, interfaces and some recordings devices such as cameras and audio recorders – and the external powers supplies, boxes that you find only for this objective. Besides that, you need to pay attention to how your device supply de phantom for each channel.  In the vast majority of home studio equipment, all the mic inputs are powered up at the same time. It is also good to remember that this level of voltage (48V) isn’t enough to cause any harm to you, so don’t need to worry about getting yourself electrified.

The mysterious Phantom Power and its brief history

Being used since the early 1900s, the phantom power main function was to operate transistors and diode lights through the telecommunications lines network. In 1966, The Neumann Company invents the transistorized microphone KM84 which needs some kind of energy to operate. It was quickly resolved when they took advantage of the 48 volts already installed on radios studios with their 3-way transmissions cables to provide power for actives circuits. Later it became the standard audio voltage.

How does it work and why does it not affect the audio signal?

It can only be turned on with balanced cables, and it does work only on this type of circuit because there are three ways for signal: Positive, Negative and Ground. Every XLR is balanced, so you don’t have to worry if you’re plugging in a XLR mic. The source of energy is applied equally to the positive and the negative wires, the same ones that transmit the audio signal (pins 2 and 3 of an XLR connector). Then that +48 volts must be equal from the ground wire (pin 1) in relation to each of the other two: 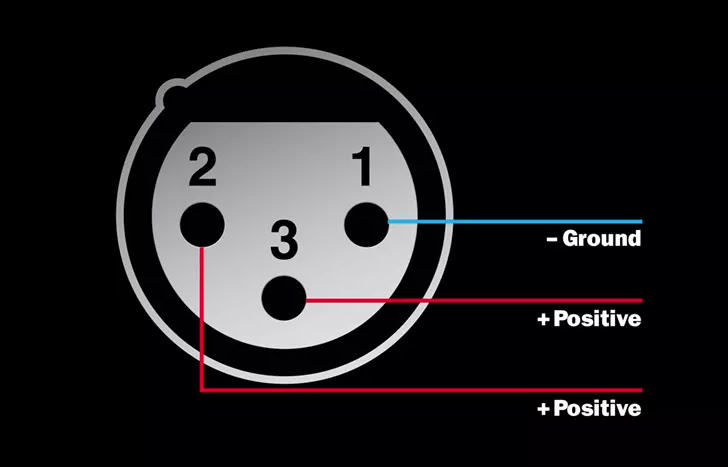 Once achieved, the potential difference is equal zero and there will be no current through the circuit. This means that the phantom power will deliver the operating energy and that won’t be recorded or sounded on the speakers, once a balanced signal consists only of the difference in voltage between the two main wires.