What is a pop filter ? What does it do? Do I need one? : Blog - Magroove for Artists

What is a pop filter ? What does it do? Do I need one?

This may not be a home recording studio ‘s flagship asset, but one must agree that seeing it in front of a microphone gives the immediate impression of professionalism. And that’s precisely its function: to distinguish amateur work from professional work. Besides affecting the quality of the recording, the pop filter helps increase the lifespan of the microphone. Also known as pop shield or pop screen, it’s that charming framed structure, usually round, made with nylon or metallic mesh, put between the microphone and the singer or speaker. Its popularity grew especially in the 70s and 80s, as the recording studio technology started improving. It can’t be used with instruments, but it can be used with any kind of microphone. 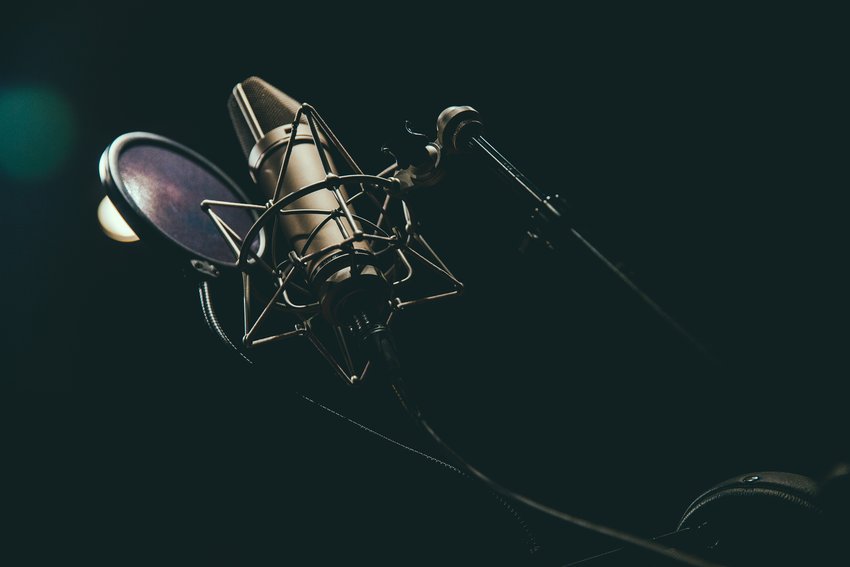 A pop filter and a microphone

What is it for?

Why use the Pop Filter?

However accessible and advanced audio recording technology may be nowadays, most of the process still happens as the audio is being captured. A good recording reduces the need to over-edit. The Pop Filter is a lifesaver for sound technicians, as it provides crystal-clear, well finished recordings. Removing the “pops” one by one afterwards would demand precise cuts in the low frequencies, which not only makes the production process slower, but it could also present less-than-desirable results. As for editing out excess air… That more than likely won’t happen. One must pay attention, of course, to the fact that many singers and speakers use inhalation and exhalation with a particular intention during the performance. The Pop Filter acts blocking out excess air – the shock of fast-moving air on the microphone crucially damages the recorded material.

Does everyone need the Pop Filter?

There are recording techniques that don’t employ the use of the pop filter; these techniques were created precisely to eliminate its use and to rescue the (minimal, but existing) portion of trebles the membrane of the pop filter ends up removing. They usually involve tilting the microphone and putting it at forehead height in relation to the singer, pointing it in the direction of the mouth while the singer sings horizontally, as if there was a microphone in front of them.

However, this technique demands meticulous placement, a few adjustments in equalization and it doesn’t always work. It also depends on the technique and habits of the singer – they would have to refrain from turning their mouth to the microphone and be able to perform as usual without having a microphone right in front of them, which is hard even for some professional singers. In an amateur environment, the chances the singer won’t get it right are even higher.

In general, the pop filter reassures you that the recording will come out good and without pops. Thus, those miraculous takes in which the singer gets carried away and performs beautifully won’t be at risk of being lost because of technical issues. The singer could also refrain from producing too much air and try to control the enunciation of Bs, Ts, Ps and Ss, but that does take a toll on interpretation, doesn’t it?

Although it’s a simple equipment, many variations of the Pop Filter can be found in the market. Even nowadays we see some built manually with wire and stocking fabric (did you notice it in the classic music video for “We are the world”?). The following are the details you need to be aware of when buying one:

The size of the filter must be proportional to the size of the microphone and adequate to the style of the professional – if they are the type to move a lot, it’s better to arrange a filter with a larger diameter.

The gooseneck is a flexible support, adjustable according to the height of the microphone stand.  Some models have custom holders, demanding a compatible stand.

Most of them can be attached to mic stands.  Be careful to choose the most fitting clamp if you decide to attach it to another structure.

The most common type of Pop Filter has two layers of thin nylon superimposed. This fabric restrains the plosives but cuts off the higher frequencies. It’s difficult to clean and has a low lifespan.

The metal screen has its spaces especially projected to redirect the air away from the microphone. If the metal bends, it might be difficult to correct its shape and the deformity ends up hindering the effectiveness of the filter.  Too much dirt or rust and the screen might even start making a light whistle sound, detrimental to its use.  This type of mesh is easy to clean.  Some models of Pop Filters have a double screen: one made of nylon, the other made of metal. 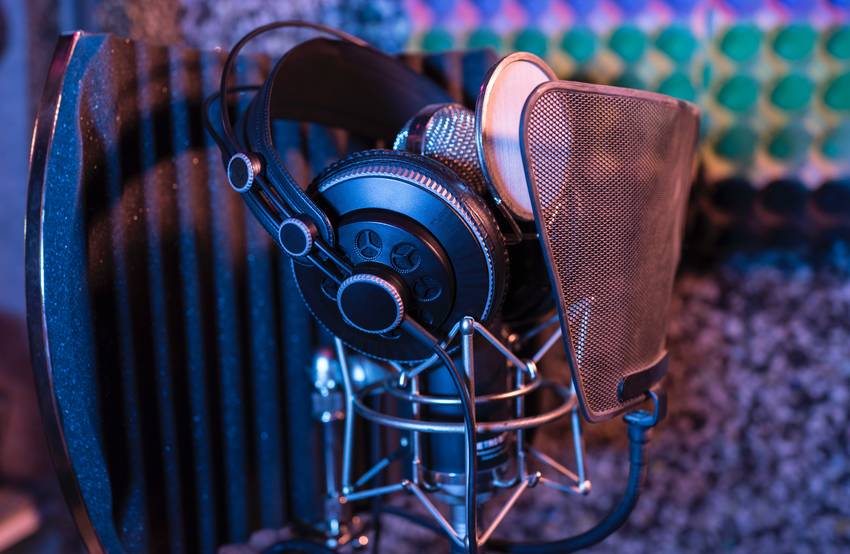 A metallic pop filter and a microphone

Pop Filter with a condenser microphone or with a dynamic microphone?

How do you use the Pop Filter, after all?

Considering the small adaptations needed to suit the style of each professional, using the Pop Filter is very simple.

As for the position:  in this way, sound reflexes, similar to flangers, produced between the Pop Filter and the mic capsule and appearing especially in sibilances, are avoided.  The outer edge of the Pop Filter – made of plastic or metal – shouldn’t be in the way between singer and microphone.  This incident can also produce effects in the way the sound waves arrive at the diaphragm of the microphone.

Unlike many people believe, the windscreen – that antiwind foam used on the globe of the microphone – can’t replace the Pop Filter.  The windscreen is designed for mics used in wide spaces, such as outdoor environments (movies, tv) or stages (concerts).  The foam helps suppress the effects of high exposure to wind drafts.  You do lose some of the higher frequencies and the plosives aren’t completely eliminated. All of that is achievable only with a Pop Filter.  The use of the windscreen isn’t necessary in a studio.

For out-of-the-ordinary use, as in outside takes in fields and mountains, or in any other place with too much wind, there are some even more aggressive windscreens that can stop winds of a higher speed.  (Ex.: Rode’s Dead Cat)

Now that you know everything about the Pop Filter, it’s time to choose the best option and see – or even better, hear – the difference this small detail will make in your recording.

You may also like
A selection of the best articles on this topic.
Music Distribution to digital stores.
October 31, 2019 • 10 min read
You want to publish cover songs? This what you need to do.
August 19, 2019 • 1 min read
Frequency response of microphones and monitors - why to care
July 21, 2019 • 7 min read